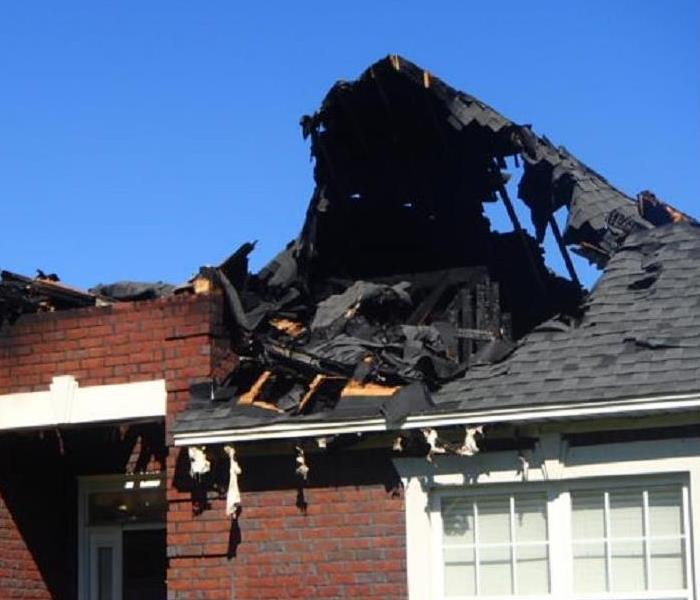 A recent home in Sumter Sc that was damaged by a lightning strike.

Lightning is an electrical discharge caused by imbalances between storm clouds and the ground, or within the clouds themselves. Most lightning occurs within the clouds.During a storm, colliding particles of rain, ice, or snow inside storm clouds increase the imbalance between storm clouds and the ground, and often negatively charge the lower reaches of storm clouds. Objects on the ground, like steeples, trees, and the Earth itself, become positively charged—creating an imbalance that nature seeks to remedy by passing current between the two charges. Lightning is extremely hot—a flash can heat the air around it to temperatures five times hotter than the sun’s surface. Many houses are grounded by rods and other protection that conduct a lightning bolt's electricity harmlessly to the ground. Homes may also be inadvertently grounded by plumbing, gutters, or other materials. Grounded buildings offer protection, but occupants who touch running water or use a landline phone may be shocked by conducted electricity.